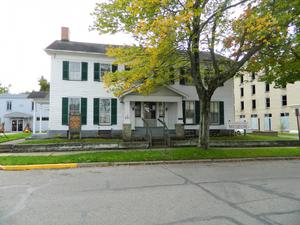 The Tavern houses collections of Woody Hayes and Cy Young memorabilia, two nationally famous sports heroes who hailed from Newcomerstown. Military items from the Civil War through the War on Terror are housed at the Tavern. Musical memories from Manuel Yingling, a Newcomerstown native son, accomplished trombonist, conductor and soloist with the John Phillip Sousa band are on display as well as women's apparel dating from the mid-1800's to the roaring 1920's. The Native Americans who located the capital of the Turtle Clan of the Delaware Nation were Newcomerstown now sits are honored through a display of artifacts. 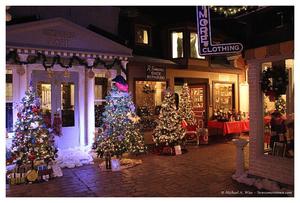 Newcomerstown volunteers created an entire, early 1900s town inside a 1915 building that formerly housed a Ford dealership and the Herco Factory. In 2009, the 23 storefronts opened to rave revues. Visitors can stop by the Miskimen Hardware Store, later known as the Eureka, which remains in business today; the village newspaper, formerly the Newcomerstown Eye and its old but still functional printing press; the old-time soda shop; town jail; shoe repair shop; fire department; the popular Baltimore Clothing Store and the Sam Douglas Saloon, which was literally axed by Carrie Nation during her temperance campaign.

Be sure to like the Facebook page at Newcomerstown Historical Society to keep up with all upcoming events!